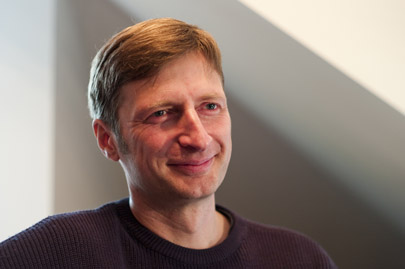 “We provided important momentum at an important time,” is how Michael Arnold, now a dentist in Radebeul near Dresden, describes his opposition activities in 1980s Leipzig. He took his Abitur exams in Meißen before signing up for three years of military service as a medical orderly so that he could study dentistry at Leipzig University. Arnold: “The starting point for doing something active to change the system was the Stasi’s search of the Environmental Library in Berlin in 1987. I heard about the repressions and subsequent arrests of demonstrators on the West German radio station Bayern 3, which we listened to in my student accommodation. I wrote a letter to Erich Honecker, saying it had to be possible in a free country for people to express themselves freely and not be regimented for it.”

He sent the letter by registered mail and received confirmation of its receipt, but no answer. However, the university authorities summoned him as a result, suggesting that he withdraw the corpus delicti. Arnold: “I was in a difficult situation, as they could have expelled me from the university on political grounds at any time. But I had informed my seminar group tutor about the letter and my protest. She was a member of the SED and spoke out on my behalf.”

Arnold sought out kindred spirits and found them in church groups, coming across the Initiativgruppe Leben (Initiative Group Life). The rebellious student organised a number of pro-democracy and human rights demonstrations. He and other activists were arrested while handing out flyers for an opposition contrast programme at an official rally honouring Karl Liebknecht and Rosa Luxemburg in January 1989. They were released after a few days’ imprisonment as a result of international pressure – at the time, the CSCE Follow-up Meeting on human rights was taking place in Vienna, where the US foreign minister George Shultz confronted his East German counterpart Oskar Fischer with the Leipzig arrests.

Arnold’s apartment at number 20, Zweinaundorfer Strasse in Leipzig was used as a meeting place for civil rights activists, and was observed by the Stasi. The activists had an open house policy, using inventive methods such as an old laundry mangle to duplicate printed material, which they posted in letterboxes under cover of darkness. This was how they publicly announced the memorial march for the River Pleiße, calling attention to environmental pollution. Arnold and his fellow activists knew how dangerous their work was. He was arrested on several occasions, his apartment was searched, he was under constant observation and was even banned from travelling to other socialist countries.

However, he is probably the only person who ever bugged himself at an interrogation so that he could record what went on: “I’d bought myself a dictaphone at the Intershop. My greatest worry was that the tape might run out before the end of the interrogation. I was scared of the click that would reveal my plan.” The idea was to reveal the Stasi’s oppressive practices and unmask its employees and informers. Photos were taken of Stasi officers.

In September 1989, Michael Arnold was one of the founding members of Neues Forum (New Forum).The typewriter Arnold used to write his letter to Honecker is now in the possession of the Zeitgeschichtliches Forum Leipzig. This museum of contemporary history may well put it on show one day as a testament to civil courage.