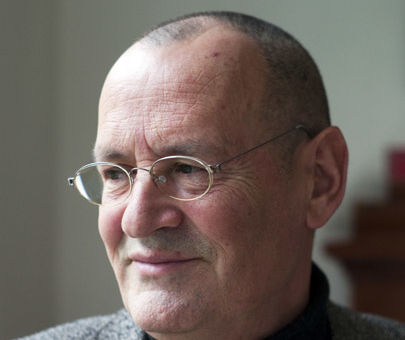 It is individuals like Rolf Henrich who made the revolution possible in the first place. He is one of the people who built the bridge between the small opposition movement and the critical section of society as a whole in 1989/90. Rolf Henrich studied Law and joined the Socialist Unity Party (SED) at the age of twenty. Some three years later, he began informing for the Stasi, continuing until 1968. He was accredited as a lawyer in 1973, serving as the SED party secretary for the lawyers’ council in Frankfurt (Oder). He was a man who knew the system from the inside, particularly as his parents-in-law were Stasi officers. He did not stand out publicly until 1988. He had distanced himself from SED policy years earlier and held close discussions with Hans-Joachim Maaz and Erika and Ludwig Drees, who introduced Henrich to Bärbel Bohley and Katja Havemann at the beginning of that year.

At the end of March, the West German Spiegel magazine reported on Heinrich’s forthcoming publication Der vormundschaftliche Staat. Vom Versagen des real existierenden Sozialismus (The Custodian State. On the Failure of Real Existing Socialism), surprising the SED leaders. The disastrous image of ‘real socialism’ depicted in his book soon became known. However, this was less a time of debate than of action. Nevertheless, Heinrich had provided an uncompromising analysis of the crisis. And he knew what he was doing. He expected a long imprisonment, but was not charged for political reasons. The SED expelled Henrich from the party in April, following the loss of his lawyer’s accreditation at the end of March. He was lucky in that his social disadvantages only lasted a few months.

Henrich became a symbolic figure of the autumn of 1989, as was one of the initiators of Neues Forum (New Forum) along with Bärbel Bohley and Katja Havemann, after months of discussions and preparations. He then represented the movement at the Central Round Table. His biography, his courage, his clear words and also his bourgeois appearance made him perhaps not a figure of identification, but definitely a distinctive player in the revolution.

Heinrich began to withdraw from the public eye in early 1990. He joined the SPD but rejected any public office. He represented a number of defendants in cases of shootings at the Berlin Wall, emphasising the fact that he still seeks to enliven the desire for democracy and the rule of law he first expressed in the late 1980s.