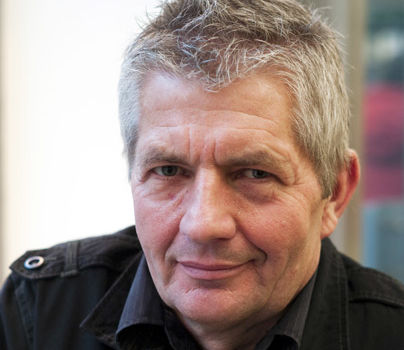 When he stands before you today, cautious, confident, composed, relaxed, even appeasing at times, the duty editor of West German television’s political programme Kontraste (Contrasts), it would never occur to you that this man has had such a tempestuous life.

In his modesty, Roland Jahn has never taken advantage of his biography, rarely talking about what lay behind him. The fact that a brutal police attack on his friends during an engagement party brought him to a conclusion: “The republic is rearing its own public enemies.” That his criticism of the songwriter Wolf Biermann’s expatriation meant all universities and colleges in the GDR closed their doors to him. That he rejected the Stasi’s attempts to recruit him. That he always did all he could to keep the memory alive of his friend Matthias Domaschk, who died two days after his arrest in 1981, under suspicious circumstances in secret police custody. That he decided to have the Socialist Unity Party (SED) print flyers on the first anniversary of Matthias Domaschk’s death. He booked an ad in an SED newspaper, reading: “In memory of our friend Matthias Domaschk, who was deprived of his life at the age of 24.” That he bought up hundreds of newspapers, cut out the announcement and posted it all around the city centre. That he ‘inspected’ the Mayday parade in 1982, standing next to the official VIP platform with his face painted – on one half as Hitler, the other as Stalin. That he rode around town with a small Polish flag on his bicycle to show his support for Solidarność. That he and others founded the Friedensgemeinschaft Jena (Jena Peace Community) in 1983, which became a very important factor for the peace movement in the entire GDR. That he enlivened a central Free German Youth rally in Potsdam with a poster suggesting they “refrain from violence”. That he was beaten and arrested as a result. That he was treated to a spectacular departure from the GDR in 1983: he had to be chained up and thrown onto a train to West Germany.

The Stasi continued to observe and persecute Roland Jahn in West Berlin, but they could never silence him. He was both a mediator and an agency. He supported the GDR opposition, got hold of printing machines, computers, video cameras, books and newspapers, organised courier runs to smuggle it all into the East, met up with journalists, politicians and artists, provided information on the situation in the GDR and the demands of the dissidents, he was their mouthpiece. His information was always reliable, so the media passed it on. His television features not only reported on the uprising in the GDR, they were part of the revolution.

After 1989, Roland Jahn was an untiring enlightener constantly investigating the dictatorship with his television crew, making some of the most important programmes about the GDR.