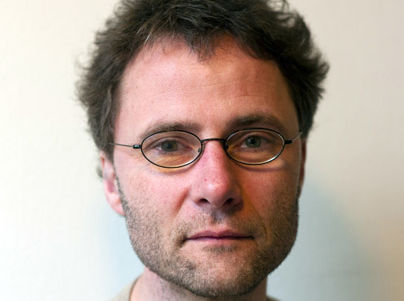 Of the illustrious circle of initial signatories of the Neues Forum (New Forum) founding appeal, who met at Katja Havemann’s home in Grünheide on 9 and 10 September 1989, the civil engineer Martin Klähn was not only one of the youngest at 29. He had also not been invited personally, something that Bärbel Bohley, Katja Havemann and Rolf Henrich had agreed in advance. He had heard about the gathering at a meeting of the Freundeskreis der Wehrdiensttotalverweigerer (Friends of Conscientious Objectors) by chance and decided to go along. Rolf Henrich, who had been told of Klähn’s plan, initially rejected the idea. But Klähn would not be put off and turned up regardless. He was the only person present from the north of the GDR. Heiko Lietz, who had been meant to attend, dismissed the meeting because he expected a new discussion circle and no action. Martin Klähn also started out thinking it would be a high-level debating club. Shortly after arriving in Grünheide, however, he realised something very new was being planned. Yet neither he nor any of the others had any idea what a huge effect the group would have.

Back in Schwerin, he immediately duplicated the New Forum paper illegally with the help of colleagues at the company where he worked as a programmer, and began collecting signatures. His home became the first headquarters of New Forum in the city, drawing a surprising amount of support here as elsewhere. Klähn and Uta Loheit made the agreed application to legalise New Forum in Schwerin, which was briskly rejected as everywhere else. Over 800 people came to the Schwerin New Forum foundation meeting in St. Paul’s Church on 2 October 1989.

The second major success in Schwerin came on 23 October. New Forum organised a Monday demonstration, which the local Socialist Unity Party (SED) tried to counter with its own large rally. It turned out a disaster for the SED: 40,000 people demonstrated for changes in the country, for New Forum, against the SED. Most of them had originally come to the SED rally and then quickly turned to the new figures of hope. And it was a personal success for Martin Klähn as well.

The young man had experienced the gulf running through society in his own home. His father and mother were pillars of the regime, while their son drifted away from them, and had openly expressed his solidarity with those arrested and persecuted after the occupation of the Environmental Library in East Berlin in November 1987. Even after the revolution, which he personally does not call a revolution because his hopes and goals were not realised, he remained politically active. He has been working for almost twenty years in political and adult education and in a variety of fields across civil society. Without Martin Klähn’s obstinacy, the north of the GDR would have taken longer to awaken.