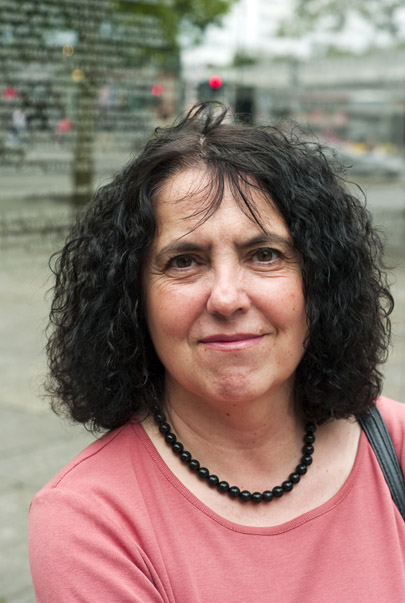 She played her part almost from the very outset. Freya Klier, the GDR civil rights activist thrown out of the GDR in January 1988, became involved shortly after her feet had touched West Berlin ground in the Initiative for a Romanian Day of Action, founded by the writers Herta Müller, Richard Wagner, William Totok and myself along with West Berlin human rights activists. We organised actions worldwide on 15 November, the anniversary of a revolt against the Ceausescu regime. These campaigns called attention to the war the dictator was waging on his people.

Freya Klier had her own concerns, her own problems. She had to explain over and over again that she had not left the GDR voluntarily, that she had done so under the pressure of imprisonment and shady lawyers. Looking back, it is absurd to think how much she had to justify herself. And yet Freya Klier still had her mind clear for injustice going on elsewhere.

A woman who had been arrested and sentenced at the age of 18 for an escape attempt. A woman who was then allowed to become a theatre director in the GDR and still protested against the dictatorship’s politics, who was banned from directing in 1985. A woman who wanted to take part in an official demonstration commemorating Rosa Luxemburg and Karl Liebknecht with her own placard, then left it at home because there were people who wanted to leave the country among the demonstrators. Oh yes, those were the lines people drew back then. Now everybody knows that both sides, civil rights activists and would-be emigrants, played a part in the GDR’s implosion. Only at the time was it a problem.

And yet Freya Klier thought outside of the German borders, was interested in Romania, spent hours every week in the kitchens and living rooms of West Berlin human rights activists such as Marie-Luise Lindemann, Michaela Ott, Anna Bak and others, put on street theatre outside Berlin’s Memorial Church for our day of action and mobilised the media.

With vehemence, she is still enlightening people today. Against totalitarian structures. With presentations, films and readings.