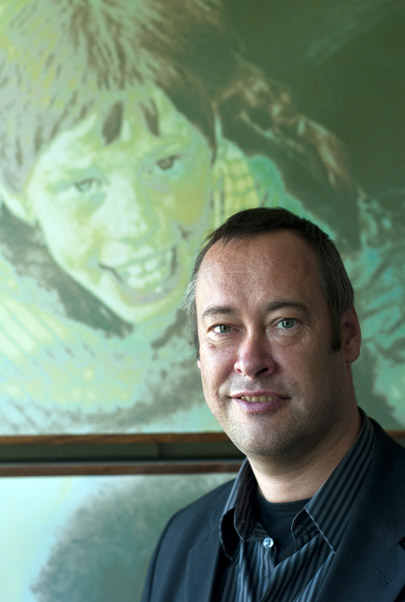 Politics needs education. Not everyone can see through the promises of ideologues and populists; young people in particular find it difficult. Thomas Krüger is one of those rare individuals who have placed great value on independence from an early age. He was only 23 in the summer of 1982, when he used a three-day transit visa to travel the Caucasus for several weeks – an unprecedented exercise in autonomy for someone from the GDR. “I wanted to dare to do something that wasn’t planned for me,” he says in retrospect. Almost everything went well, and his unconventional interpretation of visa regulations was only noticed after five weeks. Krüger was deported and fined. But he repeated his illegal expedition a year later, nonetheless.

By this point, Krüger was studying Theology in East Berlin. His degree was a natural decision for him, a pastor’s son from Thuringia, as was his work in dissident circles such as the Kirche von Unten (Church from Below). In his sermons, his support for opposition activists in prison and under pressure was thinly veiled. In the wake of the rigged local elections on 7 May 1989, he held a service for the voluntary election observers and called for people to “save the community in this country.” Yet he also knew: “If you jump over a ditch, you have to expect to get a good hiding.” Krüger was interested in art forms that were not particularly approved of in the GDR, especially Dadaism, which the party newspaper Neues Deutschland declared “fundamentally wrong” because such “avant-gardism” encouraged the “corruption of German national culture through American cultural barbarism.” Even worse: Krüger played in punk bands and staged critical theatre, by Heiner Müller and others.

At the same time, the young vicar was part of the circle of democratically-minded Protestant theologians who thought about alternative solutions for the GDR. This developed into the Social Democratic Party in the GDR (SDP), founded in Schwante on 7 October 1989, of all days on the 40th anniversary of the GDR, so long awaited and euphorically celebrated by the politburo. Krüger was in the movement from the very beginning – at a time when the regime was more than willing to use violence to silence its critics.

As the Berlin managing director of the new party, Thomas Krüger was one of the organisers of the wave of change that accelerated ever more and took very different directions to those many activists had wanted. Yet that did not put him off. From the age of 30, he continued in politics as a local politician and senator for youth in Berlin, as a member of the federal parliament in Bonn and as president of a children’s charity. Ten years after the Peaceful Revolution, Thomas Krüger took over the Federal Agency for Civic Education, practically reinventing the government office.