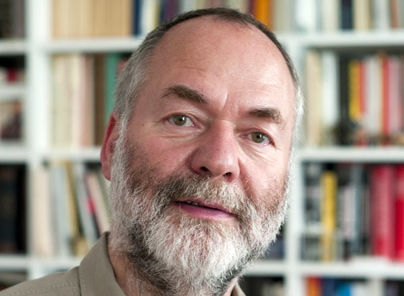 This man wanted to do something unheard of: to engage in politics away from the existing structures in the SED dictatorship. “Markus Meckel was asking about the kind of opportunities available in the GDR to set up a new party,” the informant ‘Ralf Schirmer’ reported to the Stasi. Meckel was planning to actually found “a separate party to oppose the others”. It was none other than Wolfgang Schnur, the apparently sympathetic lawyer of many GDR opposition activists, who revealed this plan. Markus Meckel wanted to be involved in politics from an early age. He had to leave secondary school in the twentieth year of the GDR for refusing to conform, took his Abitur exams at a church college and subsequently studied theology. As a pastor he remained faithful to the opposition, especially the peace movement. Many of his superiors were cynical about his archetypal protestant motivation; his regional superintendent was critical of his activities: “Other country pastors keep bees, while Meckel is involved in politics.”

Markus Meckel did not restrict himself to local opposition groups, however; in the 1980s, he was already thinking about a GDR-wide movement. With the call to found a Social Democratic Party (SDP) – deliberately coinciding with the fortieth anniversary of the SED state of all times – together with Martin Gutzeit and others, he took the provocation of the powers that be to a new level. He was aware of the possible consequences: “I didn’t think about the Stasi maybe going after me physically. I was worried about my family. There were blackmail attempts, threatening consequences for my family. That got to me.” However, in autumn 1989, Honecker’s system was already so rotten that it could longer withstand civil rights activists and mass demonstrations. Now Meckel could really get into politics.

As a representative of the party now renamed the Social Democratic Party (SPD), Meckel joined the only democratically legitimate government in the GDR as foreign minister in April 1990. He began his time in office by making the highest of demands: the ardent peace activist wanted to focus on human rights and pacifism. But in the race towards unity in 1990 he had no chance of this, since hard realpolitik was the order of the day. Many participants in the Two Plus Four Negotiations found Meckel’s moral approach to be a disruptive factor. The reason he was no longer able to put his signature under the treaty that made two German states back into one Germany was internal political conflict, however, during the course of which the SPD pulled out of the grand coalition.

Meckel remained faithful to his demand, nevertheless, and up until 2009 worked on a morally sound security policy as an SPD member of parliament. This and his commitment to disclosure of the GDR’s past, which he is driving forward as Chairman of the Board of the Federal Foundation for the Reappraisal of the SED Dictatorship, have been honoured with numerous German and international awards.