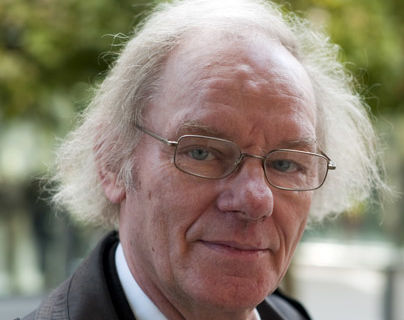 He was one of the few real brains behind the Peaceful Revolution. While in other countries it was intellectuals who led the protest against the communist regime, in the GDR they tended to hold back. Only in the churches were there a handful of academics who also studied the theory of opportunities to change the dictatorship of the SED from within.

One of these was Ehrhart Neubert, who since 1984 had been working in the Theological Department of the Federation of Protestant Churches in the GDR, where he researched the burgeoning church protest movement in the GDR. In the summer of 1989, he made use of an official trip to the West to even present the results of his analyses at a GDR conference in Bonn – which was unheard of at that time and not without risk.

Not only did Neubert conduct research about the ‘socialising groups’, as he called the independent groups in the protected environment of the churches, but he also supported them. So as not to jeopardise his job opportunities in the church, he did not put himself at the helm of the opposition movement but worked more in the background with clever perception and tactics. And he did what was later to remain his great strength – setting up networks between the various different people involved.

Consequently, even in autumn 1989, his large, middle-class apartment in Wilhelm-Pieck-Strasse in East Berlin was a highly frequented meeting point for GDR opposition. This is where Demokratische Aufbruch (Democratic Awakening, DA) was founded on his initiative, a civil opposition group, which at the time still advocated ‘democratic socialism’ but then in January 1990 joined forces with other parties to form Allianz für Deutschland (Alliance for Germany). Neubert temporarily took on the role of a professional politician, representing the DA at the Central Round Table and becoming involved in the campaign for the first free elections in the GDR. But when consultants from the West wanted him to cut his wavy hair, he refused – and retired from this type of politics.

In January 1990, however, he temporarily tried his luck with the opposition party Bündnis 90 (Alliance 90), but soon went back to where he felt most at home: being involved in free citizens’ initiatives. Later in 1990, he joined the Committee for the Free Baltic States, which supported the struggle for independence of the Baltic states. In 1996 he founded the Bürgerbüro (Citizens Advice Bureau) in Berlin, a non-governmental organisation that advises people who were politically persecuted in their long struggle for compensation, and he is now its chairman.

And he reverted to doing what he did best back in GDR times: analysing, presenting and, above all, writing brilliantly. On the twentieth anniversary of the Peaceful Revolution, his life came full circle when he presented a major work about the fall of the SED dictatorship: it was entitled Unsere Revolution (Our Revolution) – but as far as the intellectual preparation for the radical upheaval in the GDR is concerned, it could also have been called My Revolution.