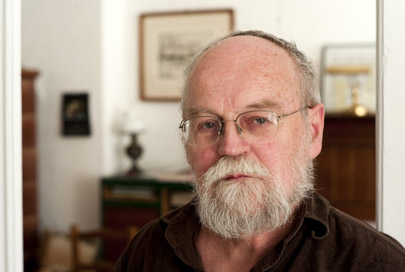 For Sebastian Pflugbeil, the Chernobyl reactor disaster on 26 April 1986 became a subject that would occupy him throughout his life. Even before the catastrophe, together with the group Ärzte für den Frieden (Doctors for Peace), he had written an information pamphlet about the effects of nuclear weapons, which had been circulated by the studies department of the Federation of Protestant Churches in the GDR. In May 1986, he informed church committees about plans and risks of the nuclear industry in the GDR. He at least managed to get the Synod of the Evangelical Churches of the Union to demand a gradual dismantling of Soviet-designed nuclear power plants. The physicist was one of the few people who supported Michael Beleites’ project Pechblende (Pitchblende) investigating the impacts of uranium mining by the company Wismut AG in the GDR. 1988 saw the publication of the study Energie und Umwelt (Energy and Environment), in which Pflugbeil informed people about the disastrous state of energy management in the GDR. This specifically opened up a new field of work to the Netzwerk Frieden (Peace Network).

In September 1989, Sebastian Pflugbeil was one of the first signatories of the founding appeal for Neues Forum (New Forum) and represented the civil rights movement at the Central Round Table. As of February 1990, he used his position as minister without portfolio of the Modrow government to push through the shutdown of the Soviet-designed nuclear power plant in Greifswald. From 1990 to 1994, he was a member of the Berlin House of Representatives. Since 1993, Pflugbeil has been chairman of the German Children of Chernobyl association and, since 1999, president of the German Society for Radiation Protection. He worked as a consultant with the Office of the Federal Commissioner for Stasi Files (BStU) to help uncover incidents of tampering with radioactive materials by the Stasi that was intended to make surveillance of insubordinate GDR citizens easier with no consideration for the victims.