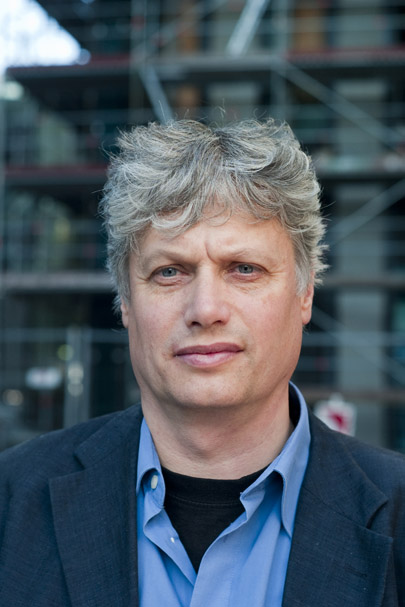 When the revolution began he was right in the thick of it. He had been heading towards its events for many years, driving conditions onwards and eventually predestined to become one of its main protagonists.

Growing up in a pastor’s family in Dresden, Stephan Bickhardt was brought up with strong Christian morals and a critical wariness of the totalitarian state. He was initially not allowed to take his Abitur exams because of his parents, and trained as a toolmaker. He and the youth pastor Christoph Wonneberger raised the idea of the Social Peace Service, a civilian alternative to military service to challenge the state institutions. That same year, 1979, he passed his Abitur and began a degree in Theology and Education in Naumburg.

In the 1980s he intensified his contacts with other opposition activists in the GDR. Stephan Bickhardt helped found peace and environmental groups, initiated numerous campaigns and readings in private homes, and forged contacts with the Eastern and Western European peace movements and with the critical cultural scene in East Berlin. He realised early on that it was important to bring together the many opposition groups, which often acted individually. He was never an intellectual with a fear of taking action. Theoretical findings should have real consequences, he was convinced, and not only in the distant future. In 1986 he founded the radix publishing house for underground literature, which then published the appeal Neues Handeln (New Action), calling for independent candidates and grassroots monitoring at the GDR local elections in May 1989.

As early as February 1989, Stephan Bickhardt called for a national foundation of political unions in the Golgatha Church in Berlin, and consequently played a leading role in the genesis of one of the largest grassroots movements of autumn 1989. Demokratie Jetzt (Democracy Now) had a more radical political agenda than many other groups and demanded democratic elections at an early point, along with the removal of the Socialist Unity Party’s leading function from the constitution and the goal of German unity in a three-stage plan. Stephan Bickhardt became the organisation’s managing director, worked on the draft for a new law on political parties and associations, and led the election campaign for the Alliance 90/Green Party collaboration in the 1990 parliamentary elections.

A year later, he had turned his back on professional politics. His earnest theological conviction gave him a genuine choice. The Church had never been simply a place of shelter for rebellion for him, and he decided to become a pastor. Eventually, the two communicating poles of his life – politics and faith – came together: Stephan Bickhardt is now a pastor for the police in Leipzig, and of course an active member of society.