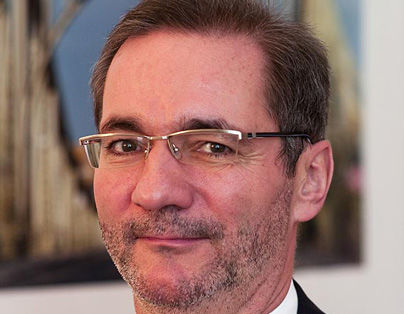 The ‘enemies of socialism’ arrived with their garden shears. On 20 February 1988, twenty young people marched up the Pfingstberg in Potsdam to the ruins of the Belvedere Palace. They were carrying spades, shovels and other gardening tools with the intention of clearing the landscaped park of litter and undergrowth.

One of these dedicated citizens who intended to take action against the deterioration of their hometown was Matthias Platzeck. For a long time, neglect of Potsdam’s historical buildings by the Socialist Unity Party (SED) had been a thorn in the side of the 34-year-old. He also wanted to draw attention to the pollution of the river Havel – a taboo subject in a state where environmental policy meant primarily one thing: hush-hush.

However, during his time at the Institute for Air Hygiene in Karl-Marx-Stadt and later at a hygiene inspection in Potsdam, Platzeck had seen with his own eyes just how bad the environmental situation in the GDR really was. With the aid of a special air quality measurement system, he was able to prove that levels of smog were extremely high. The alarming data was kept secret, however, under orders from above. Platzeck was disillusioned but he did not give up. He registered both the AG Pfingstberg and ARGUS – the working association for protection of the environment and city – with the GDR Cultural Association.

Platzeck and his fellow activists wanted to fight for some room to manoeuvre, preferably without risking persecution by the SED state. As far as the Stasi were concerned, they were enemies of the state in any case. The Pfingstbergfest, a festival on 10 June 1989 co-organised by Platzeck, kept a considerable number of the local Stasi occupied. A total of 3,000 people celebrated together, listened to music and dreamt of a better world. Today the ‘Woodstock of the East’ is viewed as the trigger for the Peaceful Revolution in the SED stronghold of Potsdam. When they still needed permission for a meeting of environmental groups from all over the GDR that had already been prohibited, Platzeck decided to use communication instead of confrontation. His strategy was successful: he managed to talk the party and state institutions into giving him authorisation in a marathon of dialogues. The Grüne Liga (Green League) emerged from the loose confederation of ecological groups during the collapse of the GDR in November 1989.

The civil rights activist became a politician overnight. Platzeck sat at the Central Round Table, was a minister in Modrow’s cabinet and, in March 1990, became a member of the first freely elected GDR parliament for the Green Party. In October 1990, he managed to make the leap into the parliament of the state of Brandenburg when its Minister-President Manfred Stolpe made him environment minister. Since June 2002, Platzeck has been minister-president in Brandenburg. He remains conciliatory, a mediator with a penchant for harmony.
After the state parliamentary elections in September 2009, Platzeck decided in favour of a coalition with the party Die Linke (The Left), which harbours a number of former Stasi informers, and some of his earlier companions cannot forgive him for this. They accuse him of betraying the ideals of the Peaceful Revolution. That does not detract from his popularity. On the contrary, Platzeck is more popular than ever among his voters.