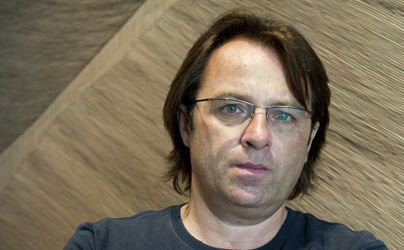 Aram Radomski had his ‘GDR experience’ in February 1983, shortly before his twentieth birthday. He was studying in Plauen and went to a carnival event at the cultural centre there, where he flirted with two young women and bought them drinks. Then two burly men grabbed him, dragged him outside, beat him up and kicked him in. Bystanders called for an ambulance. The men threw him into a car. He lost consciousness.

Several days later, appearing in court with his face still bloodied, he was tried for “resistance to state authority”. He hoped to be able to clear up the false accusation but the judge never asked him, never called any witnesses. The verdict: eleven months. At least the upper chamber reduced the sentence to six months. He served it right up to the last day. When he left the prison in Zeithain near Riesa, he looked back, although his fellow prisoners had warned him not to do that. “That brings bad luck!” He had to see the building that had cost him six months of his life.

Aram Radomski felt he was innocent and decided to pay back those in the GDR system who were responsible. The attack was, as he now knows, staged by the Stasi, designed to hurt his father, writer Gerd Neumann, and drive him out of the country.

Radomski moved to Berlin, where he earned a living from photography, producing photos of things that could not be found as printed matter in the GDR. His stickers with the slogan Bitte Abstand halten! (Please keep your distance) sold like hot cakes.

In autumn 1988, the non-conformist Siegbert Schefke took him into his confidence. He was looking for a ‘cameraman’ since he was secretly working for West German television, filming things that Western correspondents never got to see for the programme Kontraste (Contrasts). “I need someone who can hold the camera still and who can tell what’s a good picture for television and what’s not.” Radomski: “The first thing that went through my head was: ‘That’s it! I can justify the morals of that. It’s not just cheap revenge but working for a just cause. I could end up in prison. If it does come to that, I’ll know what I’m doing time for.’” What he said out loud was: “I’m in!”

Then they went to places where the GDR had something to hide: to the Silbersee, a lake in Bitterfeld where the local chemical works disposed of its toxic waste water, to Espenhain, where environmental damage has been caused by brown coal mining, and filmed urban decay.

They pulled off their pièce de résistance in 1989 when tens of thousands took to the streets of Leipzig. The GDR had strictly prohibited Western correspondents from travelling to the city. Schefke and Radomski filmed from pedestrian bridges crossing the inner city ring road (greeting the Stasi standing next to them with a “Good evening, comrades”), from the roof of the high-rise building at the station and from the tower of the Reformed Church on Trödlinring. The following day, the presenter of the West German news programme Tagesthemen, Hanns-Joachim Friedrichs, announced, “An Italian television team who were in Leipzig on Monday sent us these pictures.”

Like many others, it was only through unjustified repression and persecution that Aram Radomski became an enemy of the state.