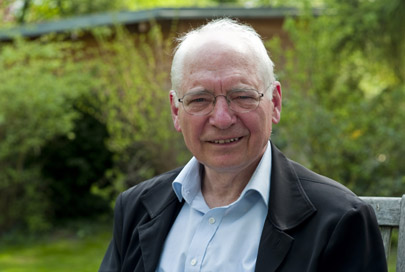 In the bourgeois world of the GDR, for many people an anti-bourgeois disposition was part of the resistance. This made it difficult for the opposition and the subsequent civil rights movement to reach certain parts of society and be noticed and taken seriously by these people. Professor Jens Reich bridged the gap there, whether intentionally or not. He became a role model in a complex but powerful freedom movement. The Neues Forum (New Forum), which he helped to initiate, drew its strength from addressing almost everyone with a clear yet distant, distinct yet uncertain appeal. And since it was men and women from almost all parts of the country and all walks of life who spread this appeal, it was able to achieve the desired effect. No-one could argue that this was just a Berlin appeal, or just a Leipzig appeal, or just an appeal by theologians, civil rights activists or people wanting to emigrate to the West. A decisive factor in the mass mobilisation was that almost everyone was represented, with even a professor involved.

The doctor and molecular biologist turned 50 in March 1989. He had been working at the Academy of Sciences since the fateful year 1968. In the mid-1980s, Jens Reich began to add his voice to opposition events. He published articles in the West under a pseudonym. As far as Bärbel Bohley and Katja Havemann were concerned, Reich was someone they urgently needed for their plan to initiate a broad coalition movement.

On 9 and 10 September 1989, Jens Reich and Rolf Henrich both came to the inaugural meeting of New Forum in Grünheide, near Berlin, well prepared with draft texts. After some debate, the famous founding appeal was written on the basis of the two drafts. Over the next few weeks and months, Jens Reich became one of the best known faces and voices behind the revolutionary awakening. At the big rally at East Berlin’s Alexanderplatz on 4 November 1989, he spoke on behalf of New Forum, and was subsequently a member of the first freely elected GDR parliament. With his calm and collected manner, he lent solidarity to the civil rights movements, which many people felt most civil rights activists lacked because of their rather bohemian disposition. Although he stood for the office of German President as an independent candidate in 1994, and had a lot of support, he did not have a chance against the political weight of the major parties and quickly went back into science.

Along with Richard Schröder, Jens Reich is one of the very few East German intellectuals who do not hold any party or electoral positions, but whose voices have been heard for twenty years throughout the whole of Germany. Numerous honours and awards testify to this, not least Reich’s appointment to the German National Ethics Council, which he has now been a member of for ten years.