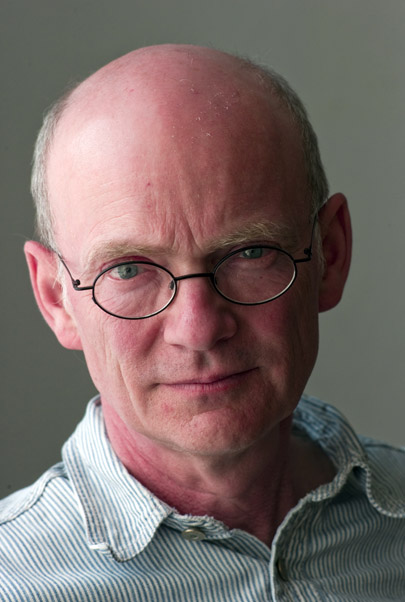 He does not have a fighting spirit, he says, but you have to point out blatant inconsistencies. Eberhard Seidel’s father owned a small factory, which was later transferred to state ownership. Despite his background, which made him a state-decreed outcast, Eberhard Seidel got through school unscathed and was able to pass his Abitur exams. What disturbed the young man most about the GDR was “the contradictions between reality on paper and as it was experienced by the people”.

While studying Medicine in Berlin, he was involved with the Evangelische Studentengemeinde (Protestant Student Community), where he also met his future wife, Jutta. He liked the free and creative discussions about politics and society inspired and encouraged by the student pastor. It was during those years that Eberhard Seidel made a decision: he wanted to carry out Christian peace work.

Eberhard Seidel wanted to join the state-approved committee Ärzte der DDR zur Verhütung eines Nuklearkrieges (Physicians of the GDR for the Prevention of Nuclear War) as a specialist but he was not allowed. This was not an association for people to join, he was told. The last thing officials wanted to hear was that it was not only the West that posed the threat of an atomic war. These inconsistencies led Eberhard Seidel, together with his wife and a few colleagues, to found the working group Ärzte für den Frieden (Doctors for Peace) under the auspices of the Church in 1983, essentially as an alternative to the existing organisation that was loyal to the state. The critical doctors advocated the abolition of nuclear arms in East and West, social justice, freedom of speech and human rights. They were refused their request to speak in schools about breaking down stereotypes of the enemy and about education for peace.

“I had no intention of undermining the GDR or bringing about its downfall. I wanted to do something to help people overcome their despair and show them that they had a future.” In 1989, Eberhard Seidel was among those who signed the founding appeal of the Neues Forum (New Forum), an opposition alliance that played a major role in the political upheaval. “But that would have happened without me, too. We were just the catalysts, not the spearhead.” Reactions to the founding appeal were unprecedented. Suddenly, there were thirty or forty people the Seidels had not known previously sitting in the flat and talking openly about what had to be changed in the GDR.

In a working group of the Central Round Table, Eberhard Seidel was one of the people working on draft legislation for free elections, but their recommendations were overruled by the political parties. After a year as a member of the first freely elected Berlin City Council, he could physically feel the effect “when creative wings are clipped, when existing structures can’t be called into question”.

In addition to carrying out his activities for Doctors for Peace, Eberhard Seidel is now once more working as a specialist for internal medicine.