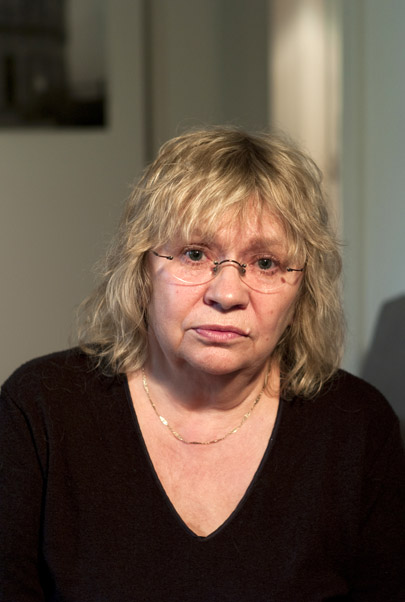 Anyone who meets Heidi Bohley will remember her as a small, exuberant woman who loves to laugh. Her joie de vivre and her sense of humour are infectious. She has a very witty use of language, bringing things to the point in a very relaxed way. In that department, she is more than a match for her much better-known sister-in-law Bärbel Bohley. It is only at second glance that Heidi Bohley reveals her thoughtful and belligerent side – whenever people attempt to whitewash the past and play down injustice.

Heidi Bohley was not even forty in 1989, but she had been a force to be reckoned with in her hometown of Halle since 1982. The Frauen für den Frieden (Women for Peace) groups around the GDR played an outstanding role in the emerging opposition scene. Heidi Bohley was one of the founders and a driving force of the Halle group. The first nationwide meeting of all women’s groups took place in Halle in 1984. These coordination meetings for women’s initiatives were subsequently held annually.

The price for these activities was a high one for Heidi Bohley, as for many others. She faced state harassment in her professional life and other areas for years. When Neues Forum (New Forum) was founded in Grünheide near Berlin in September 1989, Heidi was one of the most dedicated activists, immediately collecting signatures for the founding appeal in support of the new movement and maintaining contact with Berlin. The East German interior minister’s announcement on 21 September 1989 that New Forum was anti-constitutional and anti-state was unable to frighten people any longer. People continually knocked at Heidi Bohley’s door, now more determined than ever to sign the appeal. She enjoys telling this story and others like it, keeping contemporary history alive with her experiences.

Heidi Bohley was and still is a woman who coordinates rather than polarises. Since 1995, she has been doing so with the contemporary history association Zeit-Geschichte(n) in Halle. She talks about the work of remembering the past that her organisation does. This takes patience of course, which she has, for there is plenty to remember. The subjects range from National Socialism and Stalinism to Socialism and the after-effects of the dictatorships. Her association does not view history as a closed book, but as a process that takes effect up to the present day, and is still tangible.