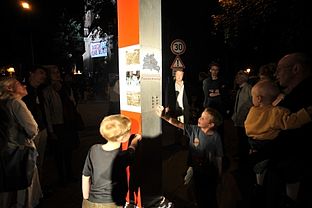 In autumn 1989 the Gethsemane Church became the most important information centre in the GDR (German Democratic Republic). It became a centre of resistance against the communist dictatorship and a focal point for the revolution. In early October young people began to gather here, demanding the release of political prisoners.