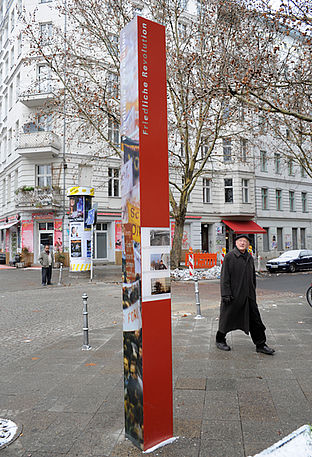 In January 1988 Neues Deutschland, the official newspaper of the East German government, wrote: ‘The control centre for technical and financial equipping of “dissident groups” in the GDR operates out of West Berlin. (...) These “equippers” of a “GDR opposition” so warmly desired by the Western media and interested political circles include a certain Roland Jahn, 1000 Berlin 36, Görlitzer Straße.’