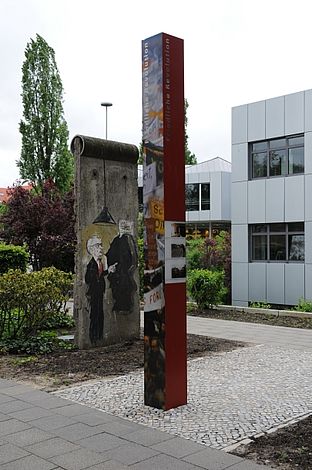 In 1989 the broadcaster Radio Free Berlin (SFB) became a voice of the Peaceful Revolution in East Germany. SFB reported on the events of the revolution and the fall of the Wall more than any other broadcaster. On 9 November, the SFB television news programme Abendschau was one of the first to report the upcoming opening of the border.