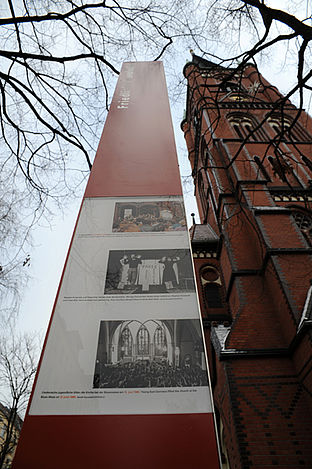 Church of the Good Samaritan

The ‘Peace Circle’ which met in the Church of the Good Samaritan was one of the best-known East German opposition groups in the 1980s. In May 1989 the group took part in a campaign to expose election fraud. The Election Coordination Group met on the church’s premises to add up the results from each polling station and compare this with the state’s official election results.